I have attached a copy of the catch summary tables from this spring’s survey effort. The walleye catch data in the table includes recaptured fish. Overall, we captured 221 individuals and had 42 recaptures.

I used two different methods to estimate the size of the adult walleye population in Gravel Lake. The first method is called the Schumacher-Eschmeyer (S-E)method, which is a multiple-census technique. Basically, this formula incorporates recapture data from multiple sampling events (in this case the 3/17 netting effort and the 3/24 electrofishing effort) into the calculation of population size. Using this method the estimated number of adult walleyes in the lake was 505. I also used another technique known as the Chapman modification of the Petersen (C-P) method. This formula treated the entire netting period (including the 3/15 and 3/17 net lifts) as a single marking period and the electrofishing on 3/24 as a single recapture period. This method yielded a population estimate of 475 adult walleyes. Thus, both methods yielded similar results. I also calculated confidence intervals for the two estimates. These intervals are ranges that the statistical models predict have a 95% likelihood of including the true population size. Once again, there was considerable overlap between the two methods. The S-E interval was 423-627 adults and the C-P interval was 331-619 adults.

So what do all of these numbers mean? First of all, they give me confidence in our population estimates because the two methods agreed and the confidence intervals were not overly wide. Our catch exceeded 40% of the estimated population size, which is more than sufficient for a statistically solid estimate. Second, it tells us that the walleye population density in Gravel Lake is approximately 1.6-1.7 adults/acre. For a southern Michigan lake that has additional predators (e.g., largemouth bass and bowfin), that is an acceptable density. I would not want to go above 2 adults/acre. Some lakes in the northern part of the state have higher densities, but they also typically have slow-growing walleyes. It is important to note that some of the males and probably all of the females from the 2014 stocking event have not reached maturity. Furthermore, some of the fish (especially females) from the 2013 stocking also may still be immature. Most of the immature fish would not show up in our catch because they would not be moving into shallow water to spawn. Thus, the adult population density in the lake may increase over the next few years due to the higher stocking rates in 2013 and 2014.

In the short-term, I think it would be safe to stock up to 1,000 fall fingerling walleyes in the lake in 2016. During 2007-2014, the average stocking rate was 1,000 fish per year. Based on the preliminary review of the data, the stocking program seems to have produced an acceptable walleye population density within the lake. We will have a better indication of the status of the forage base when the spine samples are analyzed and the age and growth data are available. At that point, we can start talking about 2017 and beyond.

If you have any questions, please feel free to contact me.

Ever wonder what exactly is swimming below the water’s surface? Here is a quick list of our gilled-n-finned Gravel Lakers.

*There does not exist any true species of Catfish in Gravel Lake. 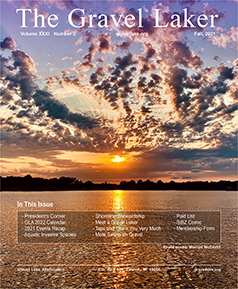 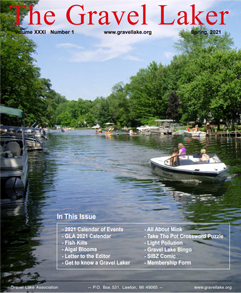 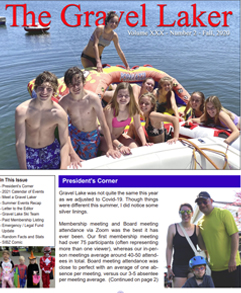 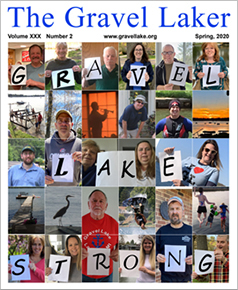